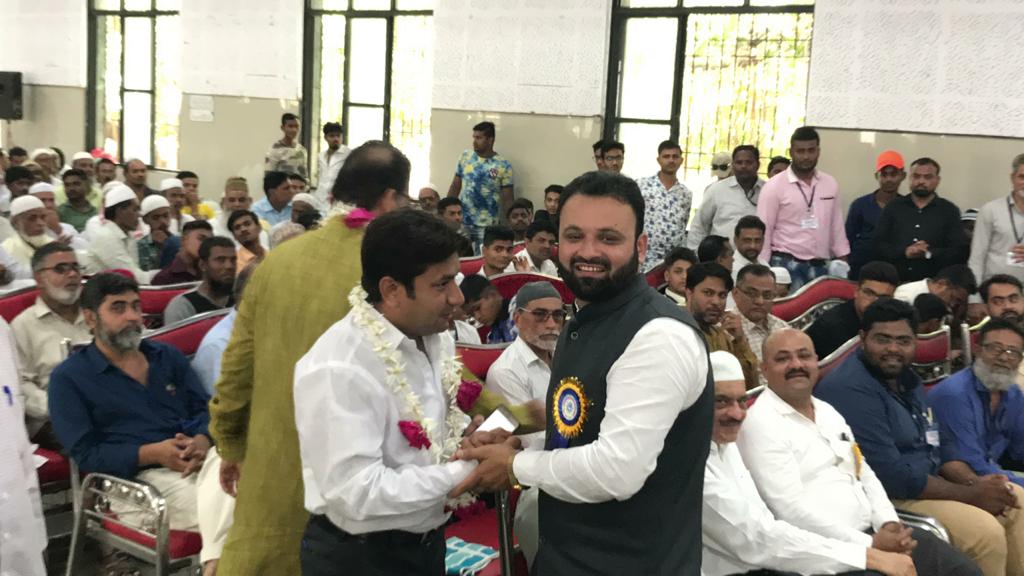 Amin Nathani is a businessman as well as a philanthropist. He was inclined towards helping society from a very young age. He graduated from Karnataka University in economics and joined Jan Seva Samaj in 1994, where he took charge of the blood and medical camps. Later, he established ‘Nathani Education & Charitable Trust.’, to educate people and bring awareness related to social customs in the society.

He joined several organizations for the welfare of the society including the ‘Surat City Eid-e Miladunnabi Committee’ for which he worked for 8 years. This trust arranged group weddings for the poor. Inspired by the idea, he organized a group wedding program for 17 couples in 2017 and 24 couples in 2018. He provided all the necessities as well to these couples. Besides, he also pays school fees to 300 poor students every year.

He discourages the dowry system and big-fat weddings.

During the lockdown, he distributed kits consisting of grain, food oil, rice, pulse, and soap, items that could last for a month, for around 350 families in various areas of the city. He extended his support to the city Municipal Corporation during Nisarg Cyclone while working as the divisional warden at Hazira. Amin Nathani continues to work in civil defense and has recently received a letter from the Surat Municipal Corporation regarding his contribution towards society.

“I’d like to focus more on the provision of education and medical facilities for in the underprivileged shortly.” says this nobleman.