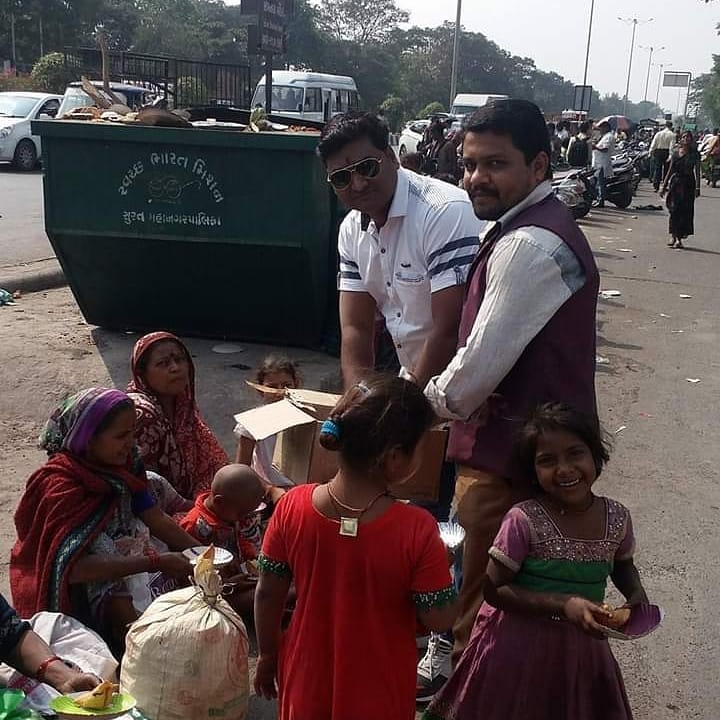 Prashant Patil and Yogesh Patil studied together up to the eight class. Prashant had to drop out due to the financial crisis at the age of 14 and started to work as an auto-rickshaw driver for sustenance, while his friend Yogesh Patil continued to study. One day, Prashant happened to discuss with Yogesh about the day to day struggles of the widows, senior citizens, handicapped and blind and they decided to reach out to them. The first step was to put up a notice in Prashant's autorickshaw for all the passengers to make them aware of this initiative. Gradually, they started to extend help to all those who approached them. They played a significant role in helping the Surat flood victims in 2006.

The duo jointly established an organization under the objectives of ‘service, religion, employment.’ They established an NGO called ‘Su –Samaj Kalyankari Sewabhavi Trust (सु-समाज कल्याणकारी सेवाभावी ट्रस्ट) in 2008. Later Nana bhai Mahajan working at a textile firm collaborated with them.

At present 40 rickshaw drivers have joined their mission of providing free services to the senior citizen, blind and handicapped. Under the aegis of their foundation, blood donation camps are regularly organized, grain kits to nearly 100 needy women, 32 cycles for the specially-abled, hand lorries for 2 and sewing machine for 1 woman has been distributed, and donations are arranged round the clock for school bags, stationery and school uniforms for the underprivileged children, and hygiene and grooming arrangements are made for the beggars in collaboration with some doctors. So far 50 social institutions have joined hands with them. They have also played a significant role in the recent challenging circumstances created due to COVID.

Prashant says, “When we help people, we never see their caste and religion. We are here for every human who needs our help.”

Wow, this piece of writing is pleasant, my younger sister is analyzing these kinds of things, thus I am going to convey her. https://www.podiatreleduc.ca