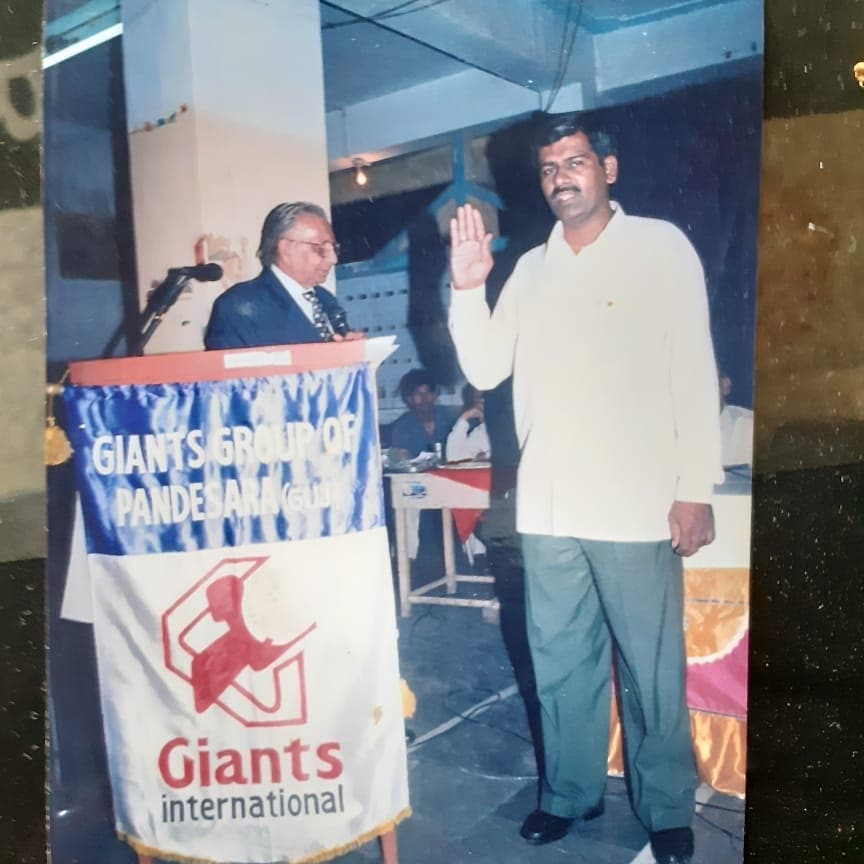 Dr. Sanjay Patil originally comes from a small village of Shahada, Maharashtra. He began his career in 1996 in social service and then he moved to Surat. In the beginning, he struggled a lot but still pined for doing something for the society and its people. People got to know him and sought his help for almost everything.

In 2001, he was traveling in a memo train from Ahmedabad to Surat, when he came to know that a young man fell at Hathrun station from a running train and lost both his legs. Immediately, he pulled the chain and jumped out of the compartment. On seeing the young man in a pool of blood on the railway track, he ran towards him and rescued him. The injured man was admitted to a hospital in Surat. Dr. Sanjay Patil tried his best to counsel the man after which, he was sent to his village, Amaraiwadi near Ahmedabad.

Once he encountered a group of porters charging money from the common passengers. He intervened and informed about the matter to the police and media and unmasked the whole matter before the system.  The whole incident was aired bringing down the monopoly developed.

He always helps poverty-stricken people by either guiding them or giving them money. He says, “Whatever comes to my mind for doing the society, I am happy to do it”. During the recent outbreak of COVID-19, he came forward along with his friends Dr. Jagdish Patil, Dr. Shekhar Chaudhary, and Divyesh medical.  For 13 days they offered two times meal in a day to around 2500 people. During this time, he managed all financial affairs and other resources. His mission is to serve society by all means without expecting a reward.

Haridas Patil is an M.A.Bed in English literature with 9 years of experience in the field. He is known as a teacher of activities and always brings new activity to the class. He invokes enthusiasm about learning in his student. He brings small ice breakers, moral stories, and energizers to class. So the learners keep remembering the lesson. He writes in English every day including daily reflection, article, and story, etc. Recently, he completed three stories. He is a teacher of a mission with a vision. He believes in innovative and creative teaching. He keeps a principle of ‘Reflect, Plan, and Act’ in the teaching. He likes to have feedback from the students and others. He points out, “learning and happiness should go together.” At the end of the day he says, "I am very fortunate to be a teacher and a backbone of Shree Satya Sai Vidya Niketan family, for it is a shrine of happiness and learning” Nowadays he started a project on 1) Communication: access to power, 2) Communication: to create to future.