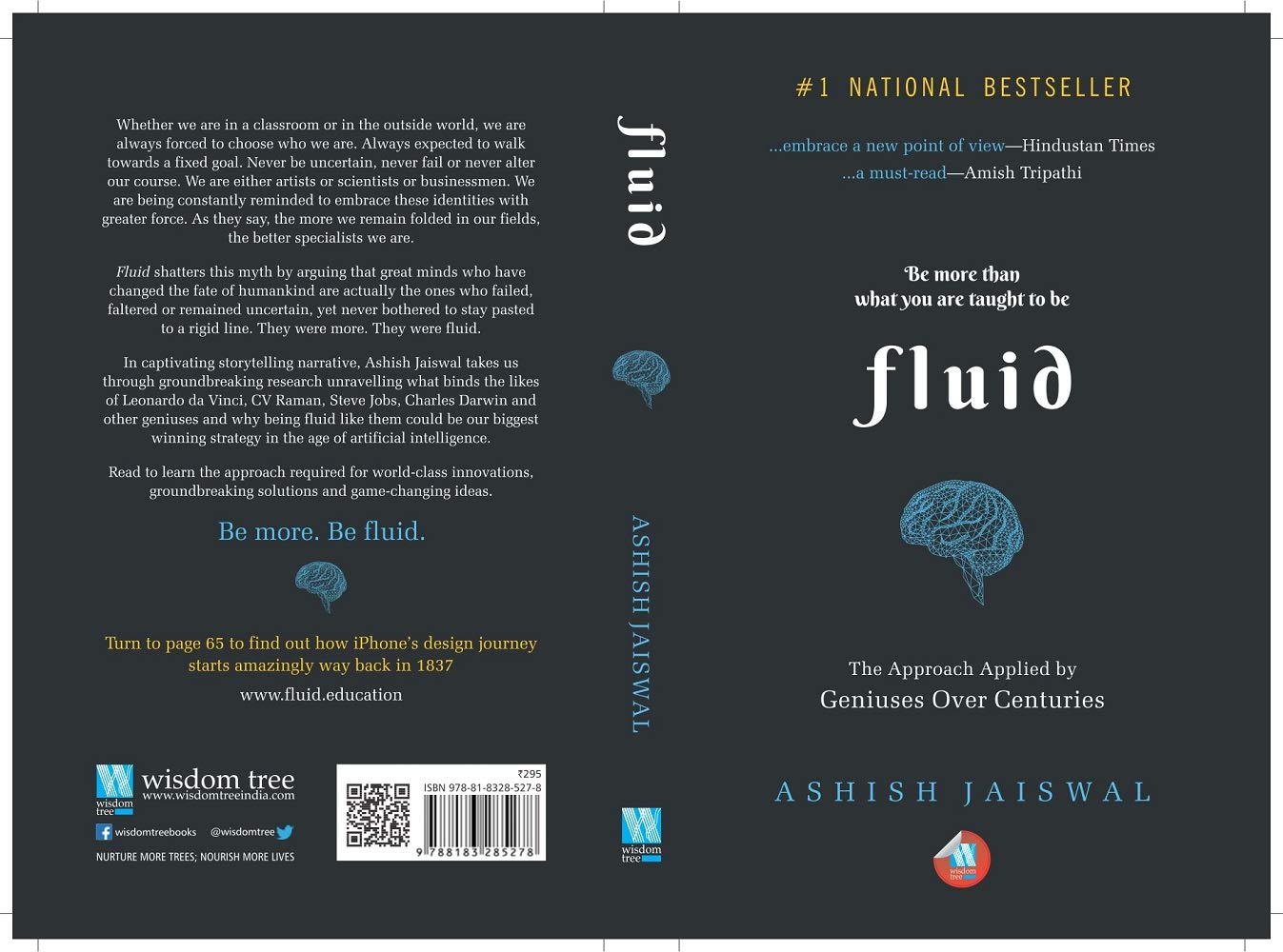 There’s a widespread myth that once chosen a profession, we need to pursue it for a lifetime and there are multiple factors playing role in deciding this – money, status, and lifestyle being the foremost. The term specialization has been mishandled so often that almost everyone has fallen into the rat race of becoming a specialist ignoring other brilliant opportunities that come their way which is way more fulfilling and aligned with their passion. Fluid shall break all your myths and misconceptions about this subject. Author Ashish Jaiswal has chosen the right blend of storytelling and stating facts to prove his point which shall leave you pondering over the matter.

The author lines up evidence from the lives of your ideal personalities in the book that there is no single way to a career path and the jack of all can also be the master of all. Leonardo da Vinci, for example, was not just a painter and sculptor, but an architect, engineer, mathematician as well. He studied anatomy, Latin, geometry, aerodynamics, biomechanics, metallurgy, and much more. Issac Newton besides being a great scientist was also a well-built, fashionable man with six-packs; Goethe who struggled at the early stage of his career practicing law became a revolutionary writer of his era whose popularity could easily give complex to the present day most loved Coldplay band; CV Raman the Nobel prize winner in Physics was so keen for music and acoustics that he wrote an intuitive paper on mridanga. Steve Jobs is well-known as an engineer and a college drop-out, but very few know that he studied literature, classics, and music for a year that molded his mind into creativity required to invent the iPhone. The author also takes inspiration from the ancient Indian texts particularly Vishnudharmottaram Purana that aptly narrates the idea of being fluid. The book showcases an interesting comparison of Da Vinci’s Vitruvian Man and the Hans man in the Purana stated centuries before Da Vinci on similar lines.

The current education system that forces the students to take up career disciplines before they even know what they would like to follow is criticized. Before the divisions or identifications were made in the educational streams, everyone studied almost everything ranging from science, mathematics, physics, medicine, architecture to fitness, fashion, painting, music, sculpting, and writing. But now the boundaries make it difficult for anyone to think beyond a small box. Ashish has even managed to house a lovely poem ‘Little Boxes’ by Malvina Reynolds in the book in this context.

Fluid is an exceedingly insightful book and shall broaden your perspective beyond imagination. It is an encyclopedia that you must have, read, understand, and implement in every walk of life.