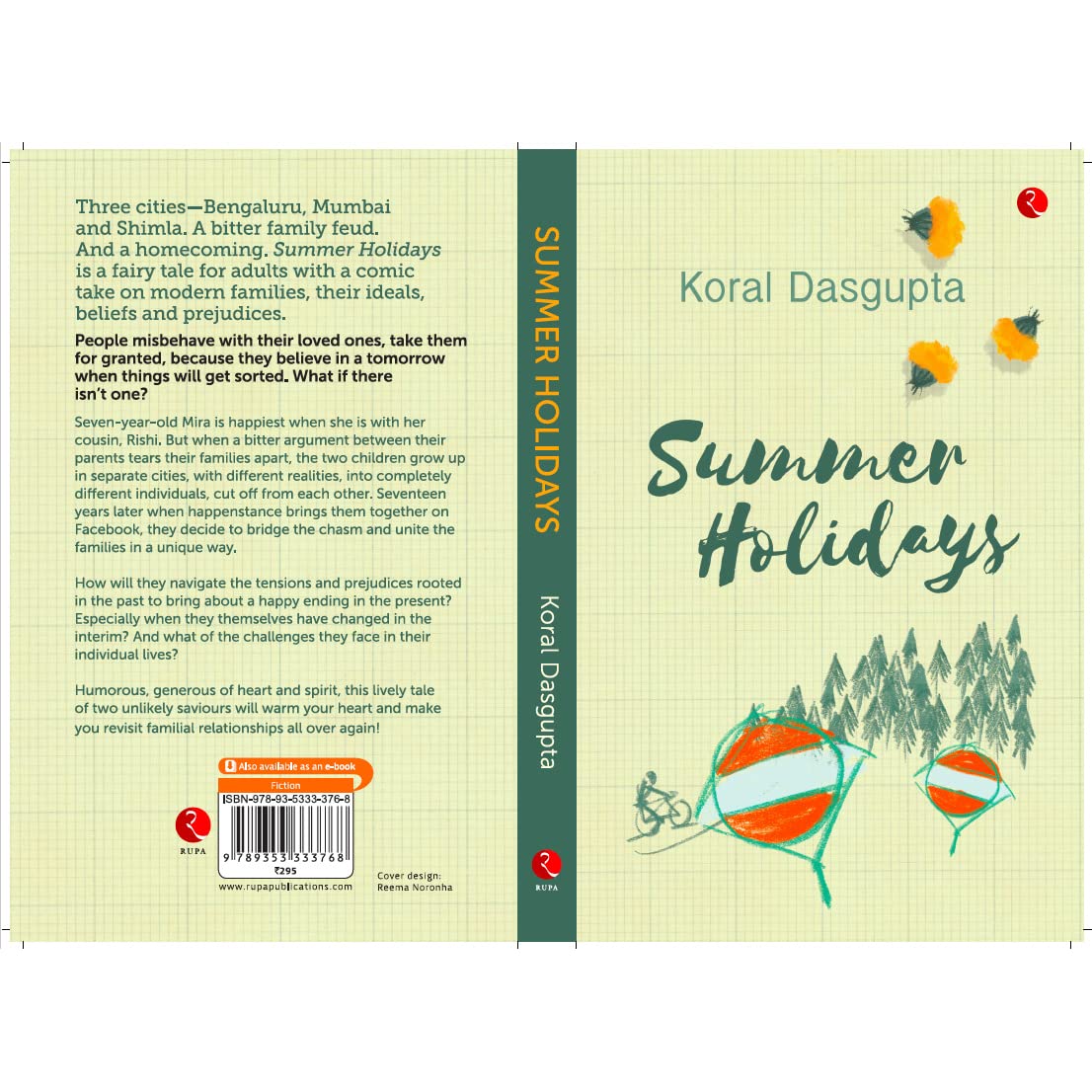 “People misbehave with their loved ones, take them for granted, because they believe in a tomorrow when things will get sorted. What if there isn’t one?”

The quote on the back cover of the book caught my attention before anything else and I instinctively decided to pick this book as my next read.

Set in the exquisite hill station of Shimla, Summer Holidays is a story about cousins, best friends Rishi and Mira, separated on account of a family feud for years until they once happen to find each other on social media and decide to meet secretly. The story then unfolds many characters in the process; characters you could instantly connect with. There is Major Anil Dhillon, Mira’s strict, yet loving father, and then there’s Deepti, Rishi’s mother, Mira’s aunt; the main story revolves around them. Besides, the author has portrayed the characters of Saundarya Maa, and Kunj Bihari exceptionally well. But the portrayal of Shiraz’s character seems to be quite special for the author. The narration elevates to another level at all the points whenever Shiraz is brought into the frame.

“When bonfires were lit and the flames touched the skies, he would sit in a corner and tell them stories. Kings’ horses whose manes would flow as spectacularly as the fire. Giants. Princesses. Castles. Jewels. And marigolds, which had the power to bring the dead back to life. Marigold played a significant, life-altering role in all his stories.”

My favorite character from the book is that of Viyaan Iyer and Shabnam. These two characters worked wonders for me and that’s why I shall write a bit more about them.

Viyaan Iyer is a well-known, most sort after cartoonist with whom Rishi is desperate to work with – “he is god; the ultimate magician in our trade,” in Rishi’s words. Mira, an otherwise conservative girl, eventually falls for his charm.

“This time he stepped back, making way for her. She ran as fast as she could. Viyaan stared after her as she fled in haste, reminiscing how easily she could be picked up like a fallen feather and placed against the wall. In moments of such sudden intimacy, Viyaan would have kissed the woman. For a fleeting second, he did think about pulling her in. but refrained. He somehow couldn’t bring himself to do that with Mira. She seemed too conservative, too innocent, too vulnerable.”

Shabnam is Shiraz’s daughter - a young, independent, aspiring girl, living in the hills with her family. Rishi is naturally drawn towards her simplicity.

“Today her hair was not tied into a plait. It fanned out across her shoulders. She looked like a wild forest, unplanned and beautiful. Rishi forgot to press the shutter of his camera. Some pictures leave impressions on the mind. They come back like a gush of water, soaking you from the inside out. You try to touch them and they disappear into thin air.”

The book houses many relationships – between father and daughter, brother and sister, boss and the subordinate, growing infatuations, house-help turned family member and even that of a family with its gardener. Although predictable at some places, particularly towards the end, the book has a smooth flow with a happy end.

“Some sentiments are personal. They are deep and impassioned. They expose the raw, unfabricated feelings of the heart so ruthlessly that it feels naked. As Rishi walked down the balcony under the galaxy of glittering stars, he could almost hear the sighs and groans of the old house, having found an escape after years of solitary imprisonment.”

Carrying this book with you for your next Summer Holidays would not be a bad idea!