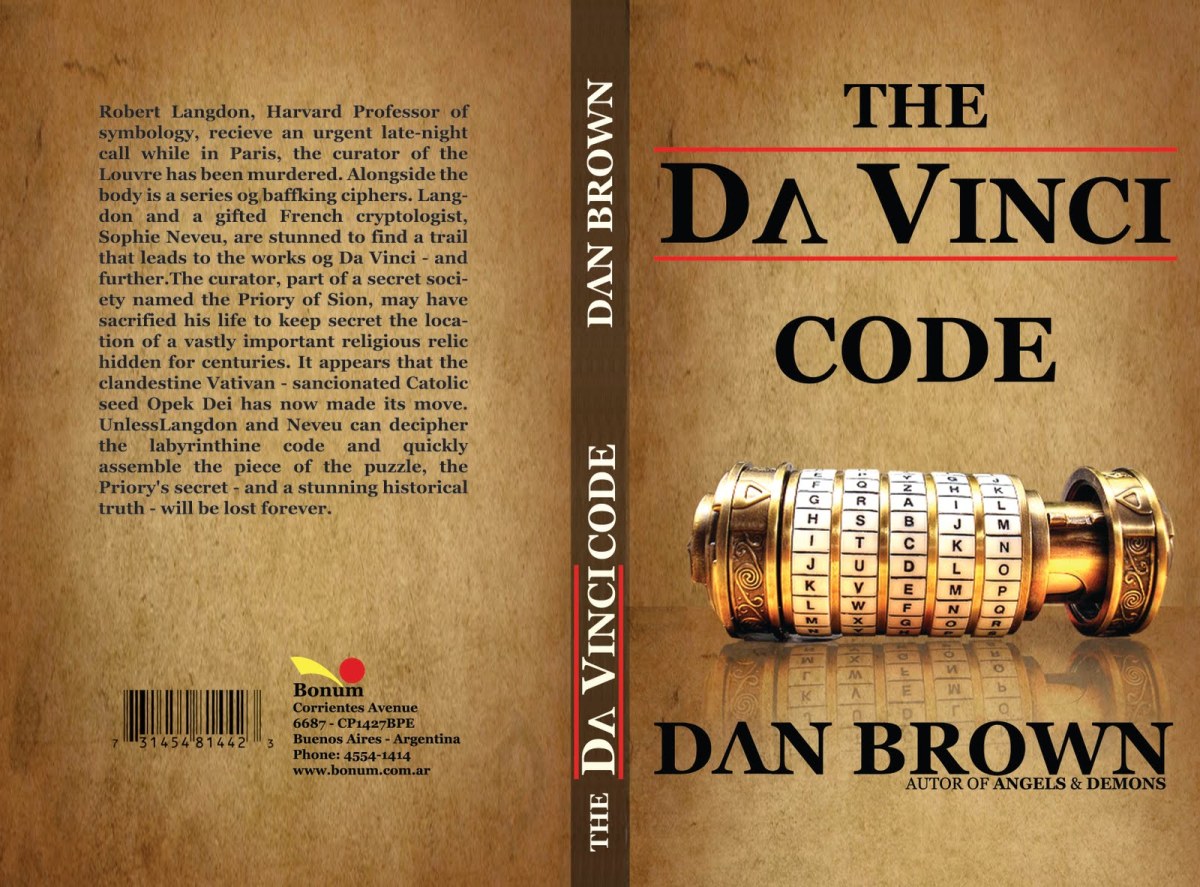 The Da Vinci Code authored by Dan Brown is the second book in the Robert Langdon series, the first being the Angels & Demons. Being an author of best-selling novels and a subject of constant intellectual debate among readers, Dan Brown has been named as one of the 100 most influential people in the world by the TIME magazine in 2005. His fascination with the paradoxical interplay between science and religion has been the backdrop of most of his books, including this one. He has often said that he shares a fascination with history, symbols, and codes with Robert Langdon.

Murder of the curator of the Louvre Museum in Paris unties two strangers ‘symbologist’ Sophie Neveu and ‘cryptologist’ Robert Langdon who embark on an unknown mission to decode the cryptic message the curator carved on his body and the floor during his last minutes. The cryptic message was the only clue they had along with the line that said –

The novel delves into a possibility of the alternative religious history of the presence of descendants from the bloodline of Jesus Christ and Mary Magdalene. The center plot revolves around finding the truth about the legend of the Holy Grail and the role of Mary Magdalene’s has played in the history of Christianity.

An ancient word of wisdom frees this scroll … and helps us keep her scattered family whole …  a headstone praised by templars is key … and atbash will reveal the truth to thee.

The book was highly criticized and banned in various countries for its offensiveness towards a particular religion. It brings up questions about Christianity, loss of atheism, and women being oppressed by religious zealot men in power. The book was prohibited in Lebanon, Manila, India, and the Vatican for a certain period of time. The critics believed that the book is filled with historical and scientific inaccuracy and it was highly frowned upon by the Catholic leaders.

The book fascinated me with its intriguing plot, magnificent storytelling, fantastic writing with grace and style-weaving back and forth between each plot, sub-plots, a startling revelation, desperate chases, and a beautiful description of an exotic location. In addition, I adored its complexity, the test of character strength, the puzzles, and the different point of view. It challenges the readers about what they do and do not know about Jesus, Mary Magdalene, and the culture although it is a fiction. Definitely a must-read for the genre, before watching the movie.

Rubina Barodawala is a professor of Economics, she is also pursuing her Ph.D. in financial economics and works as a part-time research associate for her university. Although the profession demands a lot of academic reading, she also loves reading fiction. In an ideal hour, she likes to write down her thoughts and often paints. She has also played football for her state and is an avid sports lover. As a matter of course, Rubina enjoys a good Netflix binge but can also be found on long bike rides while listening to some soulful music.