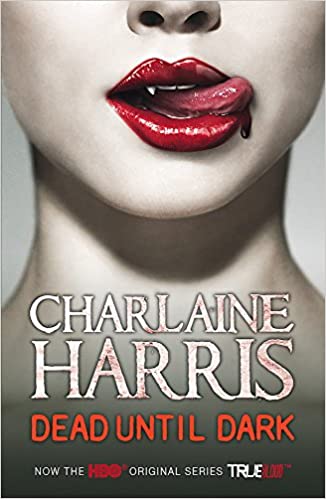 Dead Until Dark By Charlaine Harris

Charlaine Harris is a New York Times best-selling author, a well-known novelist who has been writing for over thirty-five years. Dead Until Dark is a paranormal romance and thriller one of the first about Sookie Stackhouse, telepathic Louisiana barmaid, and friend to vampire, werewolves, and various other odd creatures. I picked up this book at the bookstore since it had been quite some time, I hadn’t read any supernatural/vampirey matter. The last book I read was Twilight saga series and to my surprise, this book was out much before the release of Twilight.

The book Dead Until Dark is a mixture of old school vampire and human romance in a backdrop of series of murders. Sookie is a psychic and had trouble since school and became a cocktail waitress finding it difficult to date anybody given her special gift. After which enters Bill the vampire and turns her life upside down. The murders in the background are recorded with victims being strangled to death and the commonality in all of them is vampire bite marks. Knowing she is one of the targets, Sookie moves around town along with Bill to find the murderer.

“Just then Bill came in, and there was a moment of sheer silence as those who hadn’t seen him before adjusted to his presence. If you’ve never been in the company of a vampire before, it’s a thing you really have to get used to. Under the fluorescent lighting, Bill really looked much more unhuman than he did under the dim lighting in Merlotte’s, or the equally dim lighting in his own home”

The supporting characters of the book are quite flat and uninteresting. Moreover, the plot is hackneyed and the mythology isn’t explored to its potential. I did not enjoy reading the book given the sophomoric writing, annoying and innocuous buffoon-romance-helpless-chaff persona of Sookie Stackhouse. Her motivations are hard to decipher and many times she seemed emotionally distant; while, Bill was humdrum. The plot gets stogy with every passing page and the suspense becomes more and more uninteresting.

I would describe this book as tepid and it would cause you no harm to skip the read. I would rather suggest reading the Twilight saga series by Stephanie Meyer and The Vampire Diaries Novel series by L.J. Smith which are a much better read if you are looking for a paranormal romantic thriller.

The Charlaine Harris series of this book is also made into original web series called True Blood running on HBO.

Rubina is a professor of Economics who loves to read and write in her leisure time. Although the profession already demands a lot of reading, she loves reading thriller and mystery. She loves driving under the grey sky while listening to some soulful music.